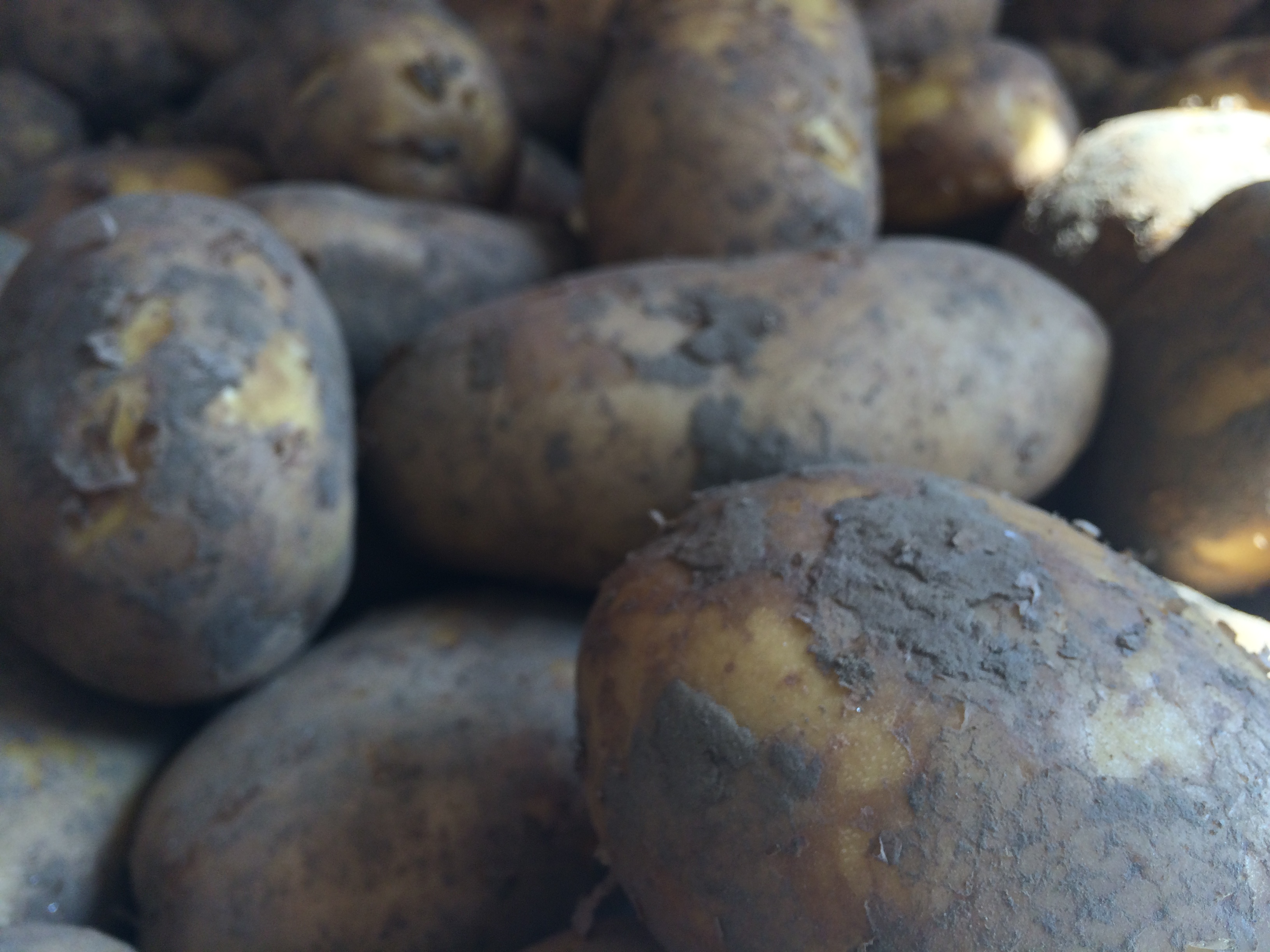 I’ve always been fascinated by people who are passionately obsessed with what they do, no matter what it is.
For these individuals, the pursuit of excellence is highly addictive, they are quality-junkies with an insane attention for details. Typically, they have little interest in entertainment and live in a symbiosis with their obsession; others often admire them but tend to avoid inviting them to parties.

Yesterday I went to Ten Katemarkt, a neighbourhood market in the West of Amsterdam, for my grocery shopping.
Some veggies and a cone of fries was all I was after, in this unexpectedly sunny Dutch afternoon, but I ended up making an interesting encounter instead – the path to serendipity is unpredictable by definition.

Fries – or patat, or friet – are the main native street food available in the Netherlands, sometimes the only affordable option for those who, for any reason, are not eager to bolt down smoked herrings holding them by the tail.
Luckily for vegetarian folks living across the Netherlands and Belgium, every market has its own friet stall in this part of Europe. Some display whole, dusty potatoes as a guarantee of freshness, all of them will serve the final product in a paper cone and ask you if you want them “met of zonder”, meaning ‘with or without’ (sauce).
The Dutch love fries, so much so that they often refer to them with a term of endearment, applying to the word friet the diminutive suffix -je that they use to make anything sound irresistibly cute. The result is pronounced more or less like FRICH-yes.
I like my frietjes zonder, and I systematically ignore the diverse array of sauce dispensers offered by any credible fries dealer. In that (and much more) I give away my non-Dutchness, as most locals will flood their chips with mayo, frietsaus, or even satésaus (peanut sauce).

I am on my personal quest for the best frietjes in Amsterdam, but had never stopped by the fries van in the Ten Katemarkt that my boyfriend had discovered a few weeks before. He had insisted for me to try it ever since, so I gave it a go.
The owner is a serious-looking man, and he took our order with a nearly solemn demeanour; then we stood there in front of him, waiting for the potatoes to cook.

He didn’t look like the talkative type, at first, but one casual question we asked out of sheer curiosity about his potatoes worked as an “open sesame” on him.
It turns out his business has only been there for two years, since he decided to leave his job as a construction worker, buy a second-hand mobile kitchen and embark on his frietjes adventure.
He proudly told us how he researched his recipe for one year, on tons of potatoes, with different frying techniques and temperatures, before perfecting his current method, which leaves the chips soft and creamy in the inside without making them soggy and oily.
We saw him take a napkin and squeeze a chip on it, to demonstrate how his babies barely let any oil out, discussed the fluctuations of the price of locally sourced potatoes, and followed him in a heated disquisition about the declining quality of fries in Amsterdam long after our portions were finished.

The fries were great: tasty, genuine and mellow. The conversation was even better.
Heiko – this is the name of our new frietjes dealer – told us that, since he decided to make a living out of French fires, he knew he would work to make the best potatoes available in Amsterdam. His van has no frills and he wants to keep it that way to focus on his product and sell it at a competitive price, at least until his position will be well established in the market, far beyond the Ten Kate neighbourhood.

He has a dream and you can easily tell. A human resources specialist would probably define him as self-motivated, the man on the street would say he loves his job, his friends are likely to call him a workaholic, the romantic may say he has a pursuit in life.
What’s for sure is that he is after quality and people with his drive are very unlikely to end up in an alienated job, because they tend to the object of their work with discipline and care, thus creating a live relationship with what they do, which is nearly mystic.

Heiko in his fries van

Believe it or not, this frietjes experience recalled a read from my first year at university to my mind: Robert Maynard Pirsig’s  Zen and the Art of Motorcycle Maintenance
and the Metaphysics of Quality theorised in the book.

I guess the association of fries and philosophy may come across quite far-fetched, but I do believe that quality is an important battlefield of ethics nowadays, in a fast-paced world that produces everything in big bulks and disposable version.

Demanding quality of ourselves and of what we create is a form of ecology of the mind which is potentially contagious.
In Pirsing’s words:

Quality tends to fan out like waves. The Quality job he didn’t think anyone was going to see is seen, and the person who sees it feels a little better because of it, and is likely to pass that feeling on to others, and in that way the Quality tends to keep on going.  — Robert Maynard Pirsig, Zen and the Art of Motorcycle Maintenance , chapter 29

I sure felt better after having my perfectly fried potatoes. I was so busy building a relationship with my quality experience of them, that the idea of taking a picture didn’t even cross my mind.
The only way I have to “pass that feeling” now is to invite you to visit Heiko’s frietjes place at Ten Katemarkt. Be it met or zonder sauce, your frietjes experience won’t be lacking in zen.