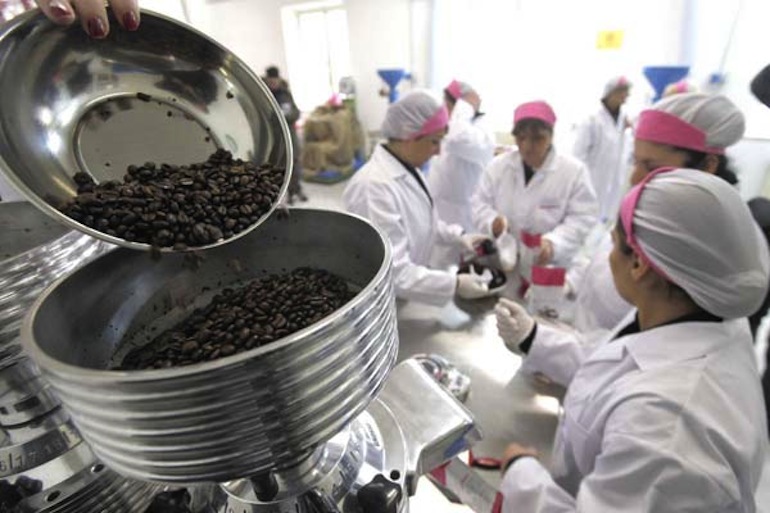 Last week I showed you where to have a great meal in jail. I wouldn’t be living up to Italian hospitality rules if I didn’t offer you dessert and coffee after lunch.
As Soup As Possible met Pasticceria Giotto and Caffé Lazzarelle to tell you how they’re made in jail.

After visiting Bollate penitentiary, close to Milano, and the restaurant InGalera, started by Silvia Polleri between its walls, my interest in food-related prison work grew.
The following stops of my trip across Northern Italy only made me more curious, as I came across a prison bakery and a prison coffee roasting business.

I bumped into Pasticceria Giotto in Firenze among the stands of Pitti Immagine Taste,  one of the most prominent food fairs in Italy, showcasing food excellence from the whole country.
Pasticceria Giotto is an award-winning prison bakery inside the penitentiary of Padua, half an hour away from Venice.
It employs 25 male inmates, training them to bake some of the most traditional Italian festivity desserts – panettone and colomba – along with many other baked goods.
Thanks to their commitment to quality and training (with classes held by famous pastry chefs), over ten years of activity they grew to make the “most wanted” cakes in Italy.

My tour brought me back to Milano for Fa’ la cosa giusta! (literarily “Do the right thing!”) a yearly event about conscious consumption and sustainable lifestyles, where I had a chat with Imma Carpiniello from Caffé Lazzarelle. Imma started the coop with Paola Maisto, for the benefit of women inmates of Pozzuoli penitentiary.

Pozzuoli is a small town right outside of Napoli, the capital city of Italian espresso – incidentally my home town. Imma and Paola decided to pick up the traditional techniques of Neapolitan coffee roasting, while defeating the convention that wants it to be a men’s job (with coffee beans sacks weighing about 75 kilos each).
They hired a grumpy old coffee master to teach them the tricks of the trade, and won his respect with their grit and motivation, despite his initial skepticism.
Their efforts are paying off: in an area with chronic unemployment rates like Southern Italy, the women they employ during detention tend to find work after release, rather than relapsing into criminality.
She told me how they got there with participatory management and a bit of feminine complicity.